LTBC online and delivery continue to offer the same great value & service. Free standard delivery to UK & Ireland over £20/€20. You can also now choose priority delivery at checkout. Free priority delivery on orders over £50/€50.
Thank you for your support and most importantly hope you and your families are safe and well.

Brand: Let There Be Clouds

Have you ever imagined that a vape device can serve as both a pod mod and a regular mod? Now the R80 makes it possible. Featuring the single 18650 cell with 80W max output and 0.96” display with changeable colours, R80 comes beyond your imagination. Moreover, the replaceable coils with adjustable airflow system will be another major attraction of R80. Faster charging, visible large capacity, humanised cover open way, R80 will be your priority whatever in appearance or function.

Ultra Ergonomic and Compact Design<br>Inspired by the Reuleaux triangle, the unique shape of R80 brings you quite comfortable hand feeling. Thanks to its portable size, R80 can be a good company wherever you go. 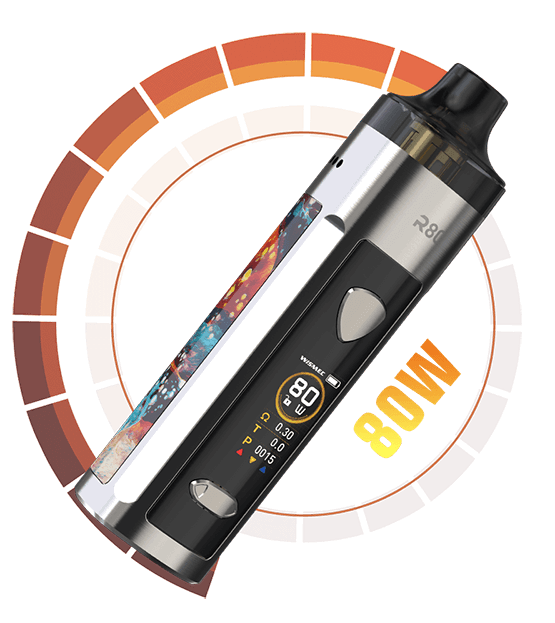 0.96inch TFT Screen with Changeable Colours
It’s the first time for Wismec to apply 0.96inch TFT screen to pod mod. The changeable display colours is also a big plus to R80, making it stand out from other vape devices.

Another major attraction of R80 is its humanised battery cover open way. By rotating the buckle, you can replace the 18650 battery quickly and easily. You can also unscrew the battery cover with a coin. 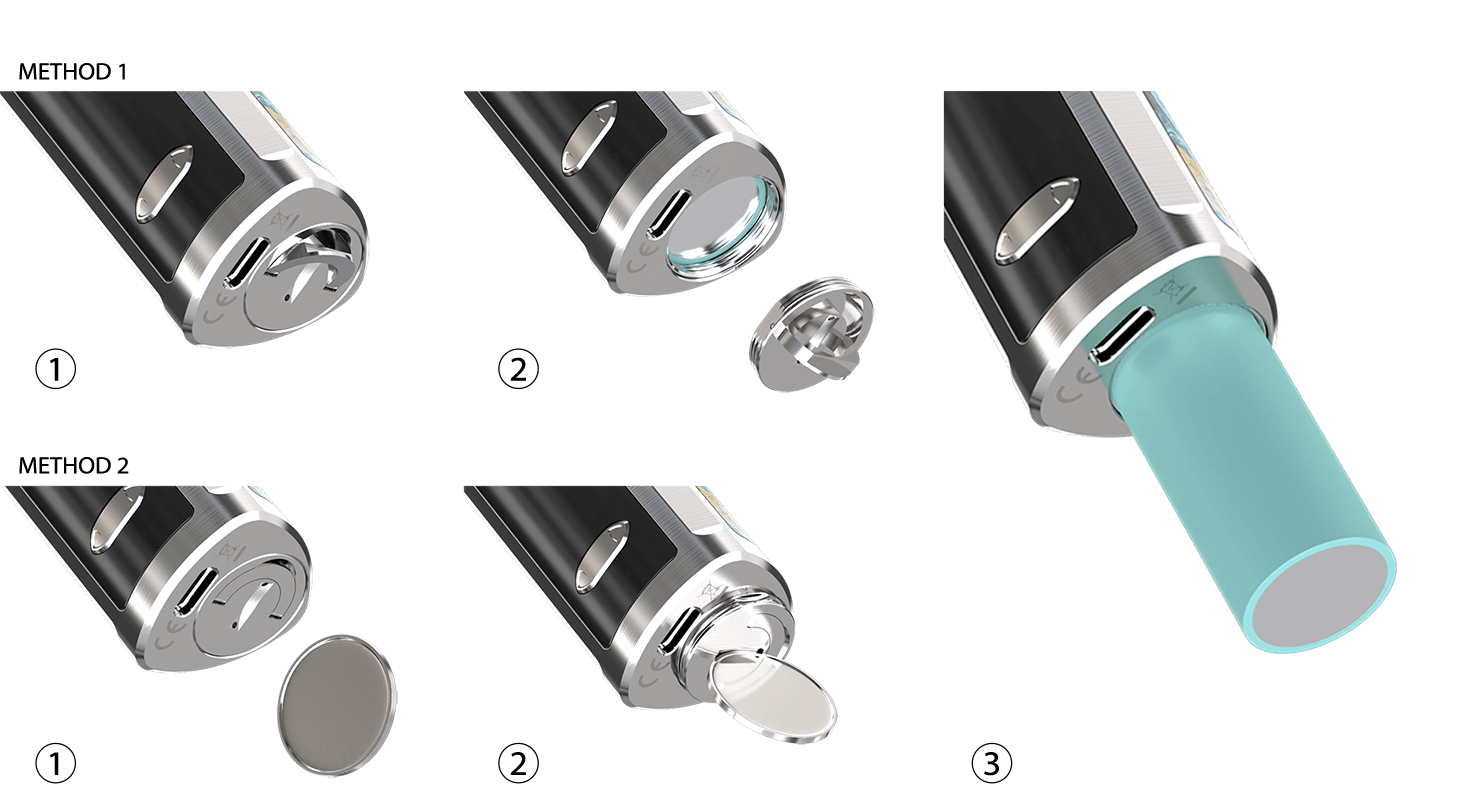 Moreover, with the smartly designed bottom airflow system, you can get different vaping experiences by rotating the airflow control ring only.

2ml Large Refillable Cartridge with Visible Capacity. The whole cartridge is transparent and visible, vapers can notice the e-liquid remaining level whenever and wherever.

Have you ever imagined that a device can serve as both a pod mod and a regular mod? Now R80 makes it possible. With the help of 510 adapter, R80 is compatible with regular tanks. Simple device, powerful functions. R80 will be your priority whatever in appearance or function. 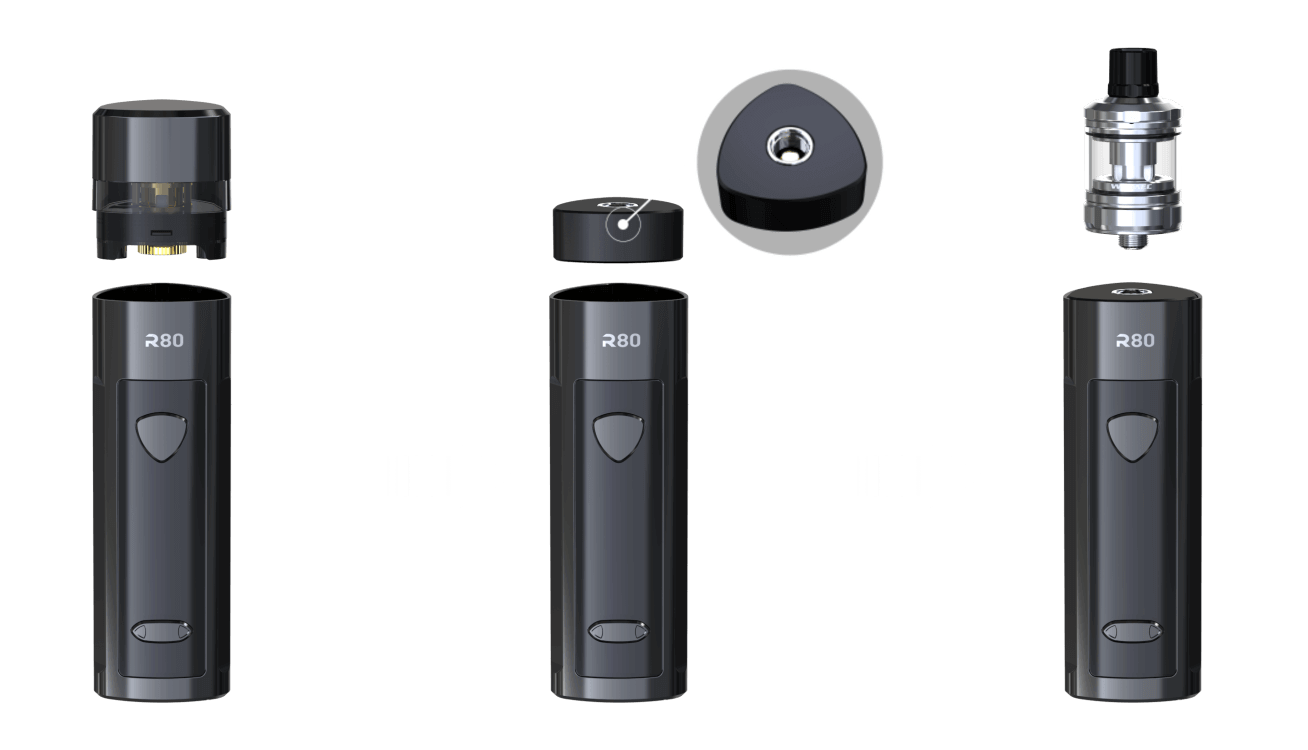 R80 innovatively adopts USB-C port this time, making charging faster than ever. What’s more, there is no need to worry about the direction when you insert the USB-C cable. 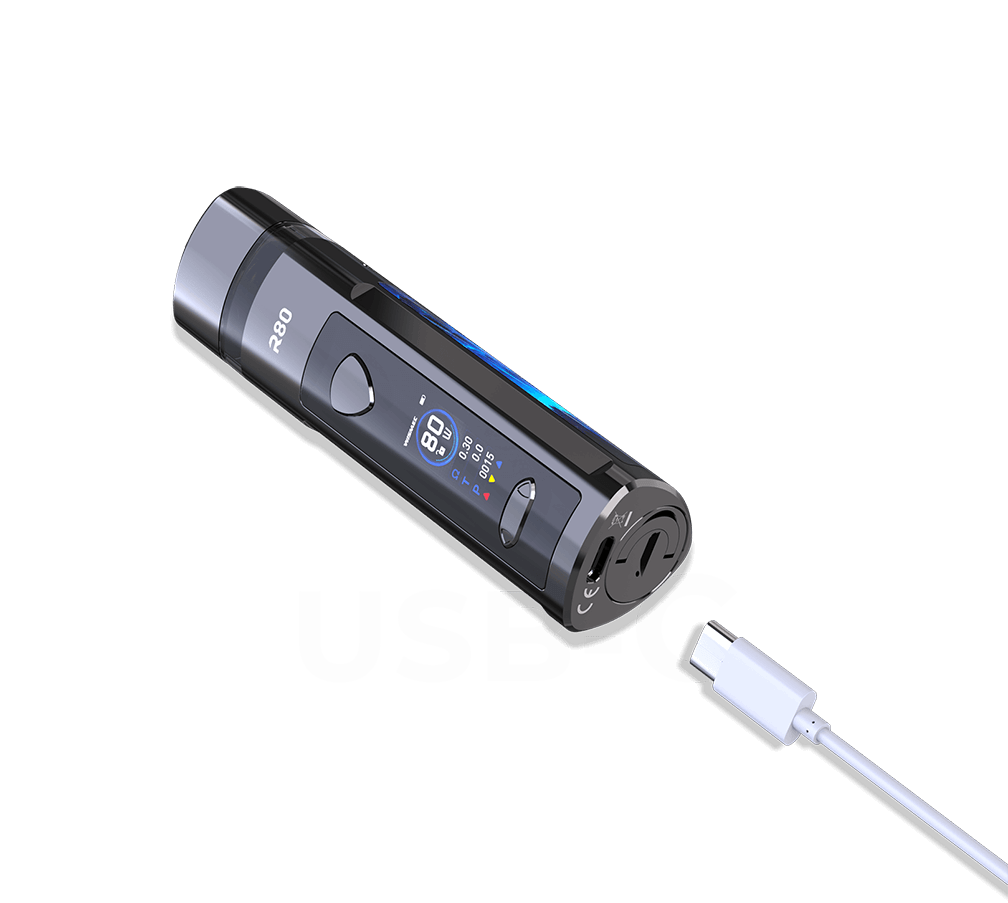 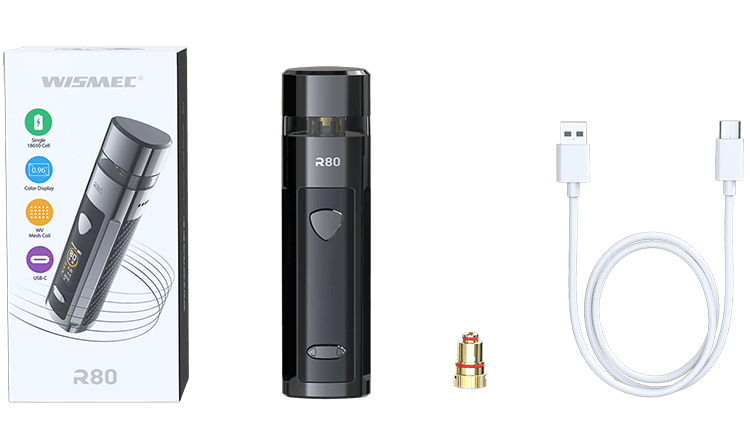 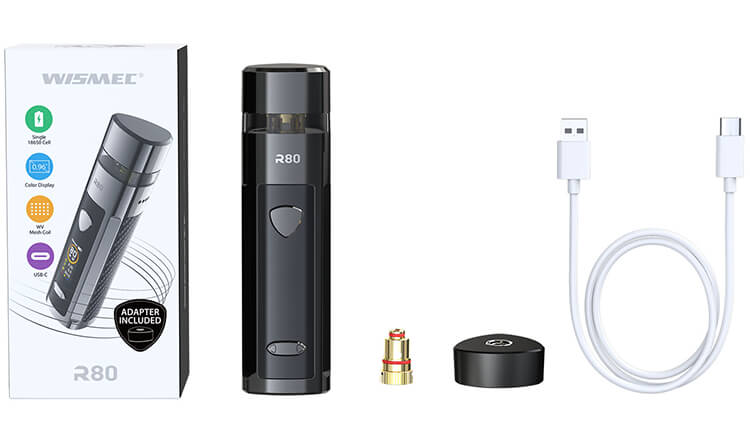